Sometimes miscalculations are not so bad. Say you order 20 skeins of Shine Sport from Knitpicks to make a sweater knowing that it's going to be a bit extra. Well, a bit extra turns out to be 9 skeins extra. Not a big deal, especially not at just $2.50 a skein. Having too much yarn is always better than having not enough, and you get to finish your sweater, even if you have to wait an extra week for your buttons to arrive. 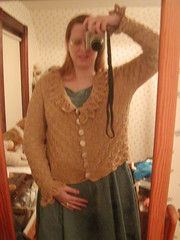 The nine skeins extra is already a halfway done short sleeved pullover to match that uses the same check pattern, so in the case of the yarn miscalculation it's a very happy ending.

Miscalculations on drug ordering, however, are not so nice, especially when its too little instead of too much. I am currently taking 450 units of Menopur a day. For those not familiar with Menopur, it comes in these little vials and you have to mix the powder with saline solution right before you inject. Each little vial contains 75 units. A box contains 5 vials. Since most of the folks on my friend's list are MIT graduates, I think it's safe to say that you can do the math and realize that this means I am using 6 vials, or slightly more than one box a day. Sadly, the folks at the clinic are less math enabled, and thus the initial perscription was for only 4 boxes. Why? Four boxes lasted me three days, with just 2 vials left over. I called the pharmacy for more, and they sent me four more boxes. I just injected using the last of that batch with just 4 vials left over, not enough for tomorrow's dose. Of course I called the clinic today and asked what was up with the just four boxes at a time thing. Their answer is that they didn't want to waste any by having a lot of leftovers. Drugs are expensive and all that. All fine and good, except that I then patiently explained the math of the situation to the nurse, and how having to call for and wait for delivery on my drugs every three days was stressful to me, and that I was sure I'd lead at least two more refills at the four box each rate. While not admitting that I was right, she did call the pharmacy, and supposedly the order that will be delivered tomorrow will contain eight boxes. Which is good, but I get the feeling that I just became even more that patient.
Collapse